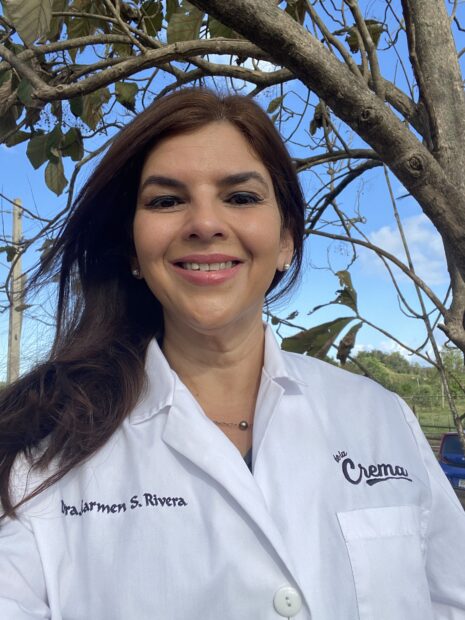 Her doctoral studies were focused on the development of novel strategies to extend the shelf-life of fresh truffles, Tuber aestivum and Tuber melanosporum, the most important species in Spain. As a teacher, she developed a new curriculum in Dairy Products for high school students of Vocational Education which was very well-received and impactful to her students. In 2013, she began a private enterprise for the development of novel dairy products. This endeavor resulted in the establishment of the company Hatillo Nova Lact Inc. where Dr. Rivera-Medina is a co-founder. In 2015 Hatillo Nova Lact started selling its dairy products under the brand name “de la Crema.” Dr. Rivera-Medina is responsible for all the research and development at the company. De la Crema offers a lineup of fresh and aged artisanal cheeses as well as Greek yogurts mixed in with tropical fruits.